Averett University Director of Athletics Meg Stevens announced the addition of a competitive dance team, which the university will launch for the 2019-20 academic year. 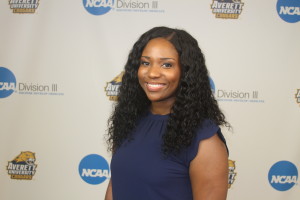 “We have done a lot of research about what new programs to add and what would be a good fit at Averett,” Stevens said. “Competitive dance is a natural fit for us. Not only will a competitive dance team attract new prospective students, it will also add to our game day atmosphere.”

Averett’s competitive dance team is the fifth new program that Averett has added under the Department of Athletics in the past three years, joining esports, men’s and women’s lacrosse and men’s wrestling.

“We are thrilled to add competitive dance to our co-curricular offerings at Averett, and believe Alexis will help us propel this program forward,” Averett University President Dr. Tiffany M. Franks said. “We know there is a large local and regional dance community with many potential students who could continue dancing through their college years right here at their Hometown University, joining other prospective and current students from around the country.”

As the program’s first head coach, Harris comes to Averett with a background in dance. She was a four-year member of Limestone College’s dance team from 2013-17, including serving as the team captain for two seasons. While at Limestone, she helped the Saints win the 2016 and 2017 Cheer LTD National Championship in hip-hop, as well the 2016 championship in open variety.

“Alexis is a great addition to our department,” Stevens said. “She has the knowledge and enthusiasm to successfully launch a first-year program.”

In addition to attending the ProAction Dance Convention twice, Harris remained involved in dance since graduating. In 2018, she was the choreographer for Limestone’s game day dances. She also served as the assistant dance coach at Spartanburg Preparatory School in 2018.

“I am very excited to be a part of the Averett University family and honored to be the first dance head coach,” Harris said. “I’m ready to get started and do as much as possible to build a great program.”